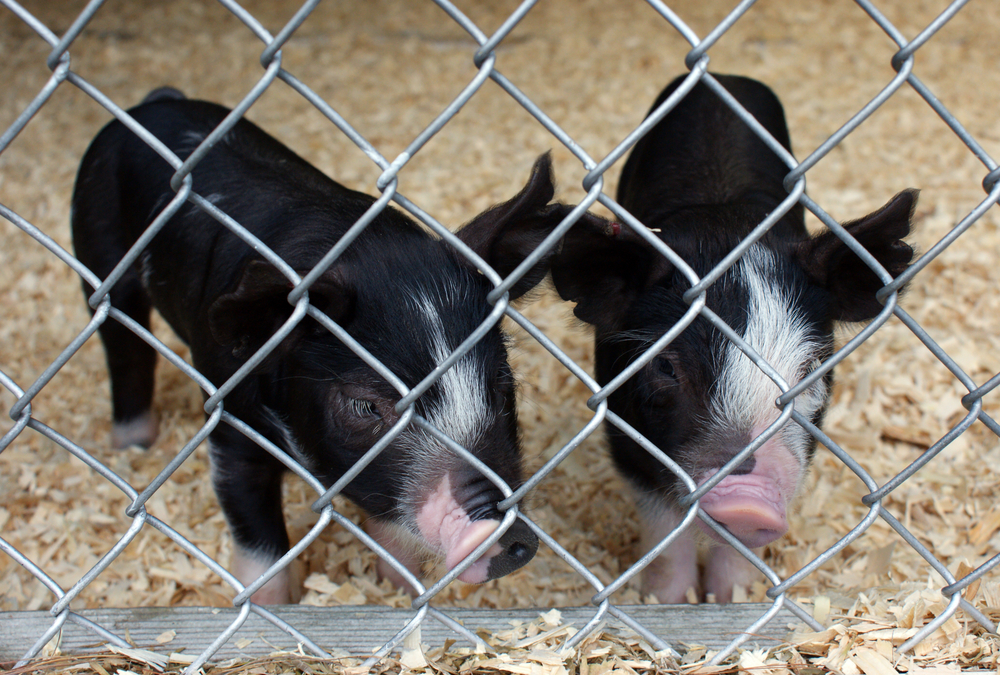 A pig is an animal that comes under the category of mammals. When the question arises about raising a pig in cold climates, there might be some research required. Some pig breeds are comfortable in the low temperatures, whereas on the other hand, some start showing serious problems when exposed to chilly climates.

If one has to choose a pig breed that would be winter hardy and live through the chilly temperatures, it is found that heritage pig breeds can bear the given climatic conditions.

Here we listed nine cold-hardy pig breeds to help you out with your research on raising pigs in a chilly climate.

As the name suggests, Berkshire is a pig breed with its origin from Berkshire, an English county. They are bred and raised in different parts of the globe, including New Zealand, the US, Japan, etc. Berkshires are observed to be a rare breed.

This breed of pig weighs around 269kgs when fully grown and has white spots and black bristles, and a white-colored snout. It possesses short legs covered in white hairs from knee to down.

With upright ears and little snout accompanied by a nose that curves upward at the end, these mammals are an excellent choice to breed in cold temperatures.

Durocs are a domestic breed of pigs that originated in the United States. This breed is also known to be the most famous pig breed in the world. Durocs are an average-sized breed, having a long body with a slightly concave face and ears not so pricky.

This breed’s mature masculine individual weighs around 400 kgs approximately, while the feminine ones weigh about 350 kgs. These pigs have poor eyesight and non-sharp teeth. Their tails are little and curled.

Durocs own thick brownish-orange bristles often but can also be found with red or golden coats.

Tamworth, as the name suggests, is a pig breed originated from Tamworth, Staffordshire, United Kingdom. Tamworths are an old breed of pigs and are hence not well accustomed to modern production methods and are thus threatened.

This pig breed comes with a long and slim body and upright ears. These pale golden color mammals have a straight line on the face and the snout. These pigs have considerably long necks and legs.

Gloucestershire, old spots pigs with their compliant nature, is a rare English pig breed. Their bristles are white with black spots, and they have their namesake from the county of Gloucestershire.

The males of this breed weigh around 270 kgs when mature, while the females weigh approximately 225 kgs. Their head is long with a mildly concave nose. The ears of Gloucestershire old spots are often dropping down in a way to even objecting

Gloucestershire is now known to be a very rare breed. They are listed to be minorities. There are now less than 1000 females left to be used for breeding.

Hereford pigs, with their docile temperament, are perfect for cold climates. They are a domestic pig breed and graze perfectly on grassland. The United States is the place of origin for the Herefords.

Their coat is reddish while their belly, face, and legs are white. Their flexible nature and easy to raise quality make them perfect for handling pig breeds for the first time.

Hampshire pig is a domestic breed of pig. Their physical characteristics are mainly upright ears and a black coat accompanied by a white band of bristle around the front leg area. Hampshire pigs have well body-built and long legs.

This breed’s boars have a mature weight of 300 kgs, and sows of this breed weigh approximately 250 kgs at maturity. Hampshire pugs have an average-sized body.

Hampshire pig breed being susceptible to all climates is a go-to option for people looking forward to raising cold-hardy pig breeds in chilly temperatures.

Red Wattle pigs originating in the United States are a threatened domestic breed of pig. Their main characteristics are typical wattles and reddish bristle coats. They are quite suitable for the extensive management of pigs. These medium-sized animals have an approximate height of about 47 inches.

Red wattle boars have an average maturity weight of 340 kgs, while the sows of the red wattle pig breed weigh approximately 250 kgs.

With the least requirement of clean drinking water and a place to sleep, this pig breed is a perfect choice to raise in chilly climates. 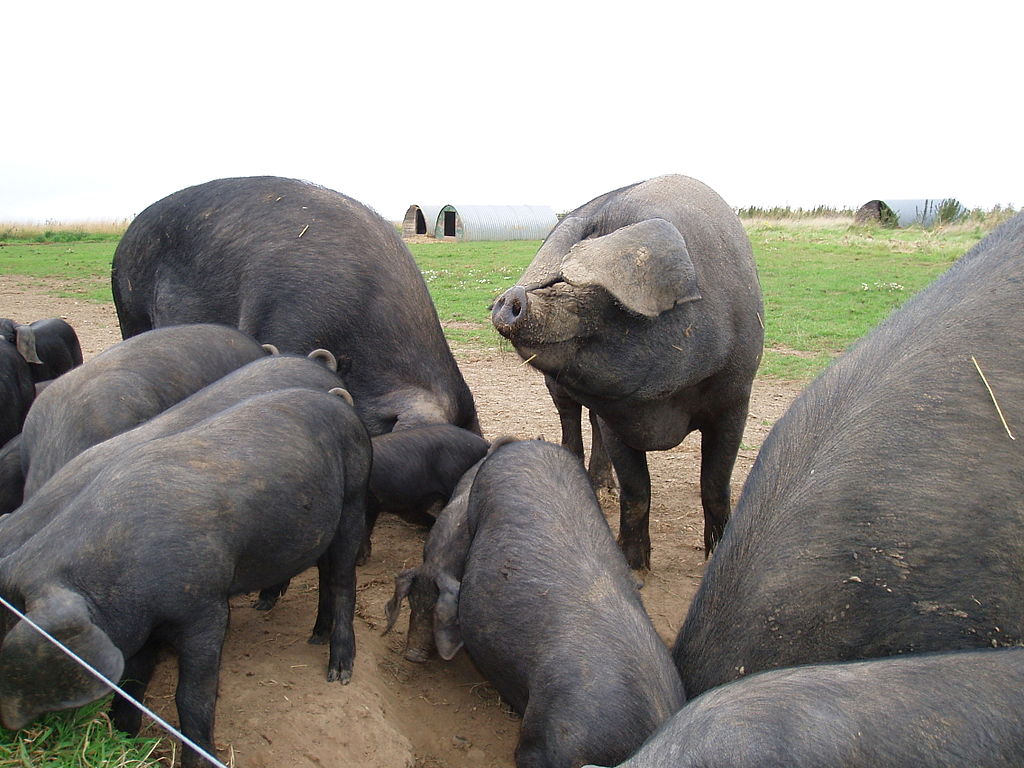 Being good foragers, they add up to the quality of its meat. Large Black pigs are also known by the names – Boggu, Cornwall Black, or Devon. The masculine division of this breed possesses a maturity weight of 350 kgs. The feminine ones of large black pigs weigh 300 kgs approximately when fully grown.

Being hardy and sustainable to different climate types, large black pigs can choose between pigs that can be raised in cold winters.

American Yorkshire is a domestic pig breed. They are nothing but the American sort of the English Yorkshire but with a smaller body and floppy ears. These pigs are friendly and can be easily domesticated.

Sows of this breed weigh 200-300 kgs and generally give birth to around twelve piglets. The piglets of American Yorkshire grow up faster than many other breeds. Yorkshires live around ten years more or less.

Before breeding pigs at once, it would be better advised to raise a couple of piglets, mainly seasonal. This would be a test to check if your desired pig breed can thrive in your environment. This will be helpful as a test match before driving into the real game of breeding.

One of the most important things to keep in mind is that no matter how hardy and robust the pig breed is, if one wants to be in the breeding and raising game successfully, the person must provide adequate shelter to the pigs regardless of the climate. Once you have ticked these factors, you are good to go and raise pig breeds in chilly temperatures.

5 Goat Predators that You Should Look Out For