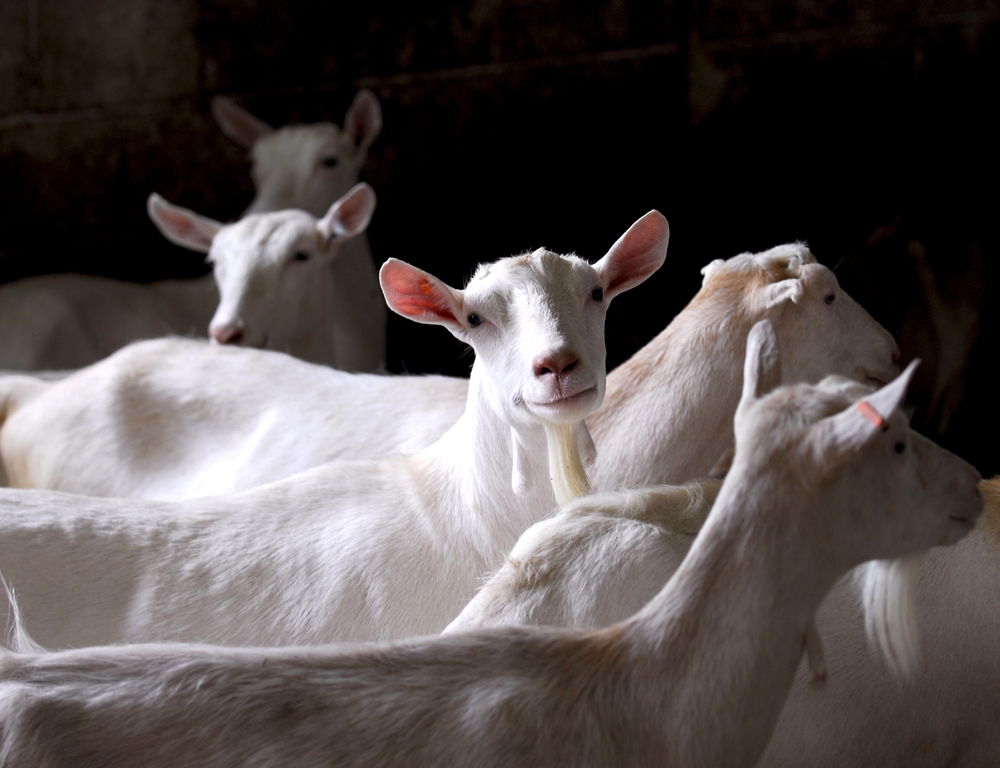 Some of my homestead friends that I follow on Instagram have dairy goats and absolutely love every aspect of it. From following along with their activity, I recently became interested in the different breeds of dairy goats and what factors to consider when buying them. May that be in physical characteristics, their temperaments, or milk production, I wanted to start researching which dairy breeds were the best.

What follows is a lowdown of each I have come across, and their prospective characteristics that I found interesting. It was fascinating to research, and I hope you all find the read just as much so!

A basis of knowledge to have if wanting to experiment with goat dairy production/products is to immediately filter and chill the milk after milking as to not let any bacteria grow in and spoil it. This is especially important when dealing with products intended for human consumption.

Here it is – 5 of our favorite dairy goat breeds for homesteaders!

First and foremost, these goats are pretty low-maintenance. Just a typical goat grooming is required which is standard for any breed. This entails hoof trims and mineral supplements (whether or not the supplements are necessary depends on your area and its soil conditions). Goats are notorious for escaping fencing of any kind, they’re some rascals that’s for sure! If you’re looking to be able to have a little bit more control over your herd, Nigerian Dwarfs are for you.

Because of their small size they are considered to be a miniature breed (full grown adults are roughly 50lbs), and it makes it easier to contain them within your fencing. This also contributes to the easy handling of them as well–like hoof trimming or assisting with labor. But what really contributes to how easy their handling can be is their upbringing!

Their temperament solely depends on their upbringing as kids. If they’re handled often as a kid they tend to become sort of dog-like. They love attention so expect them to climb all over you, sit in your lap and some obnoxious screaming when treats are around!

For their milk production, Nigerian Dwarfs have one of the highest, if not the highest butterfats of all dairy goats measuring at 6-10%. This means that the milk they produce is extra creamy and sweet. (If you don’t know too much about goat milk before reading this article, if you come across ‘goaty’ milk, that means it’s kind of old. Fresh goat milk should always be a bit sweeter than cow milk and shouldn’t have any sort of ‘goat funk’ to it.)

Because of the high butterfat, Nigerian Dwarf milk makes a lovely chévre that has a decadent creaminess to it. It also makes fantastic lotions and soaps.

Check out @flickerfarm on Instagram to see Nigerian Dwarfs in action! Nicole is based in California and uses her goats primarily for their milk. She keeps 6-8 goats at a time (is currently with 8) and says that that’s plenty for her. She breeds them each fall and sells her kids at 8 weeks.

Also Read: 5 Goat Predators that You Should Always Look Out For

Nubians are definitely the most recognizable goat breed out there. With their floppy ears and hard-to-miss underbites, anyone could spot them in a herd. They are thought to be one of the oldest goat breeds in the world. Originating in Great Britain, English settlers brought them along when traveling to the Americas, but the breed wasn’t recognized in (later known as) the United States until 1913. Anyone who has encountered one can attest that Nubians are known to be some of the smartest and most curious goats out there, making them out to be rascals sometimes by escaping from their fencing.

Other than some minor containment issues, Nubians are very sociable and are kept not only for their milk but also as pets in some cases. Another fact is that these goats are incredibly loud and don’t care how loud they can get either. They bleat constantly–and I do mean constantly–so I suggest keeping the pen far from the house. I would also highly recommend thinking about the number of Nubians you get and try to put it into the perspective of how loud it may become outside.

Nubians are a great dairy breed because of their high butterfat content (sound familiar?) making their milk creamy and sweet. Amongst the standard sized (giving them an average weight range of 130-175lbs) breeds of dairy goats, Nubians produce the best milk.

A crazy aspect for this breed is that their growth spurts are very quick. They’re mature enough to start reproducing at only 7 weeks old. This breed is great for large-scale production of milk if you so wish, but when producing milk each nanny goat is able to produce ¾-a gallon of milk every day!

You can check out @wildoakfarms on Instagram to see her herd of 4–soon to be many more! Mandi plans on breeding this fall since they downsized from 15. She also has her goats for their milk mainly drinking it as well as making cheese and soaps!

One of her customers recently bought some milk from her back in May after being dairy free for FIVE years due to allergies from cow’s milk and showed no symptoms of the allergy with her raw goat milk! Amazing!

In my opinion, Alpines are typically on the medium side in terms of size. Some belief them to be a larger breed of goats, but any that I have encountered have been smaller than Nubians. Their weight ranges from 130-175lbs. This breed originates from the French Alps which is probably why they have horns and beards.

Horned goats can sometimes be intimidating to people, but this breed is just as docile as the others I’ve mentioned. They’re full of personality and it all depends on how you handle them as kids. Their emotions are pretty clear to you when spending time with them and especially if the emotions are passionate.

For instance, one homestead I keep up with that’s located in North Carolina recently lost a few of their kids and the male Alpine goat mourned them for quite some time and demanded to be soothed by its humans as he processed what happened. They’re very strong-willed and independent which tends to mean they need more space and freedom than typically thought of for a goat.

I would suggest that if going with this breed of goat, revert back to a traditional herder so to speak and let them out of their regular fenced perimeter for supervised exploration.

In comparison to the Nubian and Nigerian Dwarf goat breeds, Alpines’ milk has a lower butterfat content around 3-4%, but lower fat isn’t necessarily a bad thing when it comes to goat milk. With the butterfat content being lower, the sugars and protein are much higher in this dairy product. Alpine does and nannies tend to produce 3-4 gallons of milk per day and have a longer than usual lactation period with the average for all goat breeds being 284 days.

These pale white, short-haired goats are very sensitive to sun exposure and can’t have excessive amounts of time out in the open light. Originating from Switzerland, Saanens are their largest goat breed weighing from 130-190lbs and are known as the gentle giant in the goat breed world.

They’re a very loving and calm breed that are very self-aware of their size so they won’t attempt to climb on you or be too affectionate past a chin scratch or back rub. While Switzerland is known for the most productive milking goats in the world, the Saanen tops all of those breeds giving a production of a gallon (sometimes a bit more than that) per day.

The quality of milk isn’t quite like the others mentioned in this article, coming in with 3.2% of butterfat content and 2-3% of protein. (The pattern here is when the butterfat percentage is lower, the protein is higher.)

Toggenburgs are known to be amongst the oldest Swiss goat breeds making them best suitable in cooler conditions and climates (they aren’t sensitive to sunlight like the Saanens.) They are of medium size and build primarily used for milk production, but their stocky build gives them to use for meat production as well.

Their milk production isn’t considered to be the best when considering the butterfat content, their overall fat percentage coming in at an average of 3%, but can range up to 3.5%. Their milk is mainly used for nutritious consumption with drinkable milk, butter, and low-fat cheeses.

Contrasting with most goat breeds, Toggenburgs are typically very quiet and calm in temperament and have a very loving personality. Known by many to have an adventurous side to them and seek out exciting activities to pass their time, on numerous accounts of Toggenburg farmers, these goats have coined a reputation to be guards by chasing off large prey like coyotes and bobcats! (Of course, you’ll always want to play it safe by providing them with a protective fenced area.) With their temperament being a guessing game, it’s suggested that Toggenburgs are purchased by experienced goat owners.

Goat’s milk is a wonderful substitute to cow’s milk and I encourage my readers to make the switch! The fatty globules in goat milk are far smaller and have a greater surface area than the ones found in a cow’s milk making it much easier for digestion. Even going past consumption, the creaminess of goat milk is also great for making soaps and lotions and has soothing health benefits for external use.

Even if you’re not looking to hand-milk yourself, support your local farms and businesses who may sell these products!