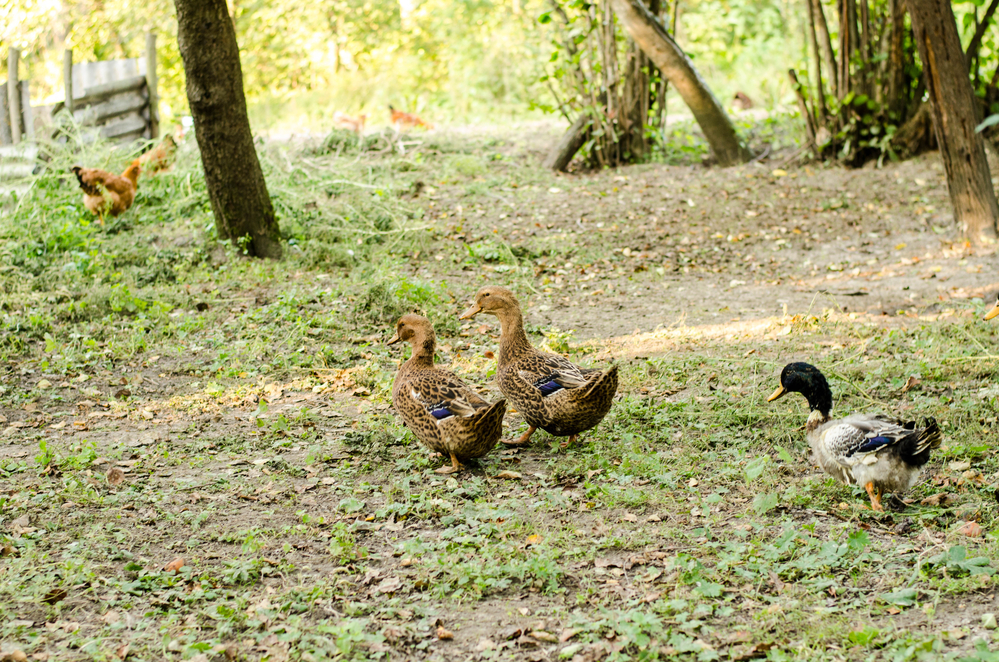 Ducks are the avian rabbits in the food chain. Ducks have a similar value in the bird food hierarchy that the rabbit has in an animal’s one. That means ducks are the most targeted avian animal by predators.

Belonging to a very extended bird group including geese and swans, ducks are more often called waterfowls. They are found all over the globe except for the Antarctic, which is too cold for them.

I won’t be wrong if I say poultry ducks and ducklings live in a much safer environment, but even they can’t bypass the constant threat of predator attacks. Ducklings are the ones that predators target the most as they are not able to escape speedily. Isn’t that scary?

Moreover, wild ducks live in constant fear of losing their life. Whether they are living off-shore or on-shore, predators can attack them at any moment.

The tender and delicate meat of a duck provokes predators to eat it again and again. And don’t forget the tasty and protein-rich yolk of duck eggs. Even duck eggs are sometimes the reason behind the predator’s attack.

All-in-all, it becomes very crucial to implement some safety measures for your flocks to save them from cruel predators. Are you interested in knowing the predators that can be a threat to your ducks?

9 Duck Predators Tthat You Should Always Look Out For

Listed below are some duck predators that you can look out for to avoid losing the life of your flocks.

The Red furs of Red Fox symbolize terror for many small predators and birds. Commonly seen in the Northern Hemisphere, Red fox belongs to the Canidae family.

It is one of the most prominent and endemic animals there in the Northern hemisphere.

The excellent sense of smell and sharp ears make them aware of even the slightest possibility of their prey surrounding them. And they immediately prepare themselves for the attack.

Well, their favorite food being duck eggs, they are one of the dangerous duck predators ever. They usually track ducks with their quack and wait for the right opportunity to attack.

As they are the primary attacker of duck flocks, proper measures should be careful to avoid them. Being very aggressive, they sometimes attack the duck’s nest, destroying everything there.

The most dangerous attack is the one where attackers raid via underground tunnels. With excellent burrowing capabilities, they attack other animals without even leaving a single hint.

Being carnivorous animals, they mostly prefer eating the juicy and tender meat of ducks. Their favorite food is the protein rick eggs of ducks, and they mainly focus their attacks on eggs.

They have very sharp claws and prefer to kill their prey on the spot. As they mostly attack their prey using the burrow they dig underground, they are the prime duck slayer in farms and homes. It is very challenging to spot Badgers previously and stop their attack.

Their powerful limbs hold the prey in such a way that it becomes very tough to come out of it. And, without wasting even a moment, they slay their prey immediately.

Also Read: 7 Heat Hardy Duck Breeds That You Can Raise in Hot Climates

Belonging to the family Procyonidae, Raccoons are mostly seen in America’s forest. Yet, sometimes they came out in the residential area as well.

Being omnivorous, their diet ranges from small insects, invertebrates to the larger flock. They can be very dangerous if they decide to let some animals down and go to any extent.

They usually don’t search for ducks intentionally, but if they cross some duck’s nest in their way, they prefer to try their luck. They have a huge appetite and always keep looking for their chance to grab food.

With sharp teeth, they grab everything with a very tight grip. They bite the duck’s neck, making them completely inactive, and then either eat the duck’s meat or attack their eggs.

Ducks are also known as waterfowls, and the reason behind that is because they usually prefer to live in Ponds, lakes, or wetlands. And thus, aquatic animals can be the biggest threat to them.

Minks are semi-aquatic animals that go with the water stream in search of their food. They are carnivores, dependent on small aquatic animals and birds for their nutrition.

With a long and specialized trunk, they can easily swim underwater without much disturbance. And this is how they usually hunt. They wait for the right moment and then actively attack their prey.

With an agile respiratory system, they can stay underwater for a very long period, making them capable of quickly catching aquatic animals. Minks love duck meat and eggs. And thus, they attack the duck’s neck dragging them inside water. The moment ducks become unable to resist, they pull them deep inside water and slay them to relinquish their hunger. After eating ducks, their next try is to grab duck eggs.

Corvids, or most commonly one can say the crow family consists of a crow, Raven, magpies, and other birds. They are active duck predators with black feathers and very sharp eyesight.

We all know that crow is a brilliant predator, and among Corvid as well, the crow is the most dangerous predator. But nowadays Raven is becoming new crows. Ravens are now with new skills becoming very active in hunting.

They are meat lovers and attack ducks for meat basically, but since they are not sufficient to hunt larger ducks. They focus more on threatening them and them attacking ducklings. And if they are not even able to grab any duckling, they try to catch duck eggs.

Although Corvids are small in size, yet with a very sharp beak, they can slay massive animals as well. If they cannot catch any prey, they also feed themselves on dead and decaying animals.

What can be more dangerous than a large turtle seeking a way to slay you. Well, being a duck can be a very interesting task.

Belonging to the Chelydridae family, snapping turtles is a large turtle breed that mostly depicts a very aggressive nature.

With a very bulky and sturdy body, their powerful jaws make them even more powerful. With their deep mouth, they can quickly grasp the neck of the duck and their long neck in one shot.

With healthy flat teeth, they can easily slay innocent prey. Mostly they attack waterfowls in any water reservoir and try to kill them in one go. After killing them, it eats their eggs as well.

Although Snapping turtles are mostly seen in large water reservoirs, they are once or twice spotted near farms or other residential areas.

Cats are the most seen predator in and around our house. Being carnivores and small in size, they usually prefer small animals or reptiles as their food.

Bob Cats got this name because of their small bobby tail, with a whisked face.

Although they are mostly found in woodlands, one should always take care of these cats’ attacks.

They are patient hunters, so, when they get the hint of a duck nest or a duck farm near them. They initially suspect all the challenges they might face. Then, wait for the precise moment to attack.

With very sharp claws and teeth, they can easily slay duck. They first try to attack the duck’s neck to grab it down and then consume it.

Snakes are the most silent attackers. As we know, snakes can be found anywhere, in the garden, in the pool, or even in the house. They can be the biggest threat to flocks.

Although snakes are pretty small in size, they can swallow a whole flock at a time.

In such a case, they can attack your flock very quickly. Also, being very quick specifically, snakes are capable of killing prey larger in size comparatively.

After striking their prey, the snake starts curling its tail around the prey that eventually takes their breath away. And once the victim is dead, they swallow whole prey in one go.

Some avian animals are also a threat to others. Hawks are the carnivore birds that strike their prey very quickly. With excellent eyesight, the Hawks began their game from a pretty large height and then attacked it.

As most of the ducks lack flying abilities, it becomes remarkably easy for hawks to attack them. They can also catch flying prey.

Ducks are an easy target for hawks, and ducks in poultry are even easier to catch prey as they have limited space for their survival. Thus, hawks attack ducks with their sharp beak and try to kill them in one attack.

Ducks are considerably easy targets for predators because most of them lack flying abilities. And thus, their scope of escape becomes very limited. Also, their juicy and tender meat always attracts predators towards them.

Although, at poultry or homesteader, ducks usually get a safe and sound environment. But, still, there is always a possibility of a predator attack.

So, it’s better to look out for animals that can threaten your flocks and always ensure all the safety management you can implement.

7 Quietest Goat Breeds to Raise on Your Homestead