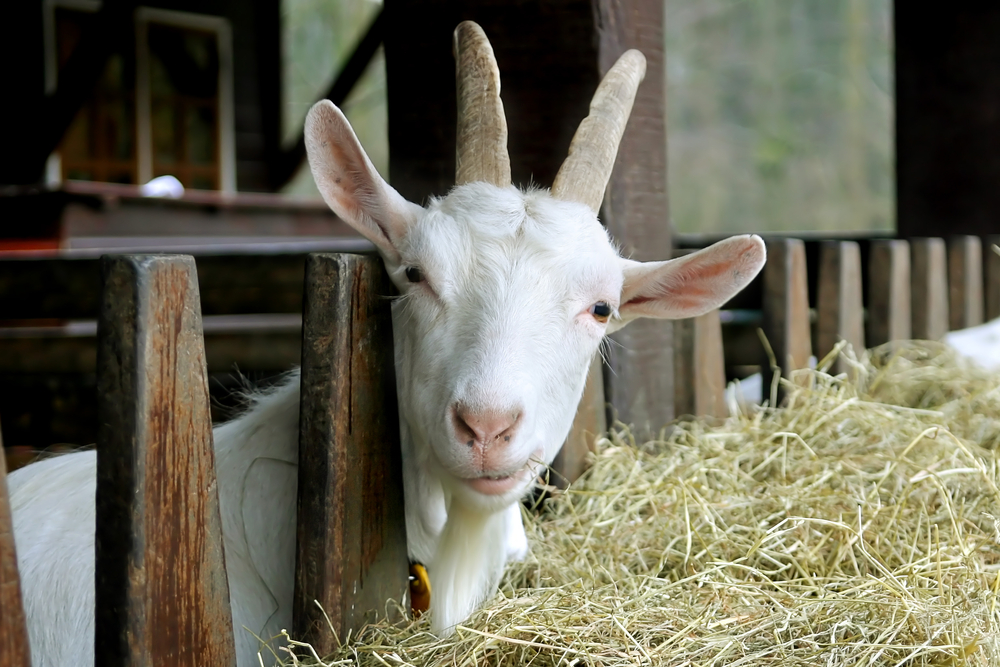 Do goats live long enough? Wondering if adding goats to your livestock is the right choice? If yes, you should continue reading as we discuss the average lifespan of goats under variable conditions. But before jumping into that, let’s discuss why do people usually domesticate goats?

According to history, goats were domesticated since 10,000 B.C. by humans, probably the first animal to pet. There are almost 210 breeds of goats found across the globe. These animals are mostly domesticated for their supremely delicious meat, flavorful milk, and their fiber. Different species are domesticated to fulfill different needs. Some pet their unique animals just as pets due to their warm, friendly nature, and needless to say, the babies are adorable.

But when we talk about goats, we need to understand the different breeds and their habitats, lifespan, feeding habits to keep them healthy. So, let us discuss in detail the various factors that can affect a goat’s lifespan.

Goats, on average, live 15-18 years only when they are adequately taken care of. In a few cases, the goats have lived for 20 years, but few goats cannot reach 15 years under unusual circumstances. We have listed some of the reasons responsible for a longer lifespan in goats.

When it comes to the environment, goats, or any domestic animal for that matter, need proper housing/shelter. Although they are very tough animals, they cannot withstand wet conditions.

Ideally, bran is perfect, but a three-sided run-in shelter is necessary if you cannot arrange it. Most breeders also try to provide a warm cozy corner for new mothers and babies to bond without disturbance.

You have to remember that goats love to stay in the herd, so make sure you have enough room to accommodate at-least 3-4 goats in the shelter. Happy goats live longer.

You must check the health of your goats regularly. The hoofs with which the goats walk is cleaned and trimmed, enabling them to walk without any pain or difficulty. If not cut or shaped correctly, they can develop inflammation and, in turn, impacts their lifespan.

Proper vaccinations and medications need to be available alongside the regular health check-up. Different vaccines are mandatory for them if you plan on selling the kids, breeding, or exhibiting goats.

Goats can develop internal stomach parasites, for which you can have a herbal preventive method. But before you start with the herbal prevention, make sure your goats are parasite free.

And to find out, you can collect a sample of their fecal matter and get it tested for parasites’ presence. Goats do not require much maintenance, but you need to identify the health problems at the right time.

The breeding habits in goats also determine their age. Irrespective of the breed, you need to breed a healthy doe (female goat) and buck (a male goat). If the doe goes through difficult birth, it is likely to live shorter than bucks.

And if the doe is weak, it often gives birth to a wimpy kid, which may no longer as expected. The goat’s lifespan is also often affected by how frequently they mate or come into heat.

To avoid these situations, breeders usually work with does which look stronger and may not need much attention and help during birth. The breeders wait till they reach 80 pounds before breeding.

Another scenario that could be seen is that it does live longer than bucks. During mating season, which is also called “rut,” bucks may develop injuries as they try to push away other bucks to mate with the doe. During the rut, bucks go through a lot of stress, no or less appetite, and eventually weight loss. In such scenarios, bucks have even died at the age of 8 years.

On the other hand, it does die during pregnancy or giving birth due to mastitis or lack of minerals present in the goat’s body.

Another factor that most breeders usually take for granted is the necessity of quarantine of any new goat. If a fresh goat enters your already existing herd, you must keep it away (in quarantine) for 30 days, at least.

Therefore, you will lessen the risk of your entire pack getting infected to any disease or parasite the new animal may have carried. Treating a single animal is more comfortable than treating a herd as a whole infected by the same condition.

The best way to find out the age of a goat is by looking at their teeth structure and orientation. During the entire life cycle, goats get two sets of teeth. When the goat is around four years old, it will have all the eight permanent teeth in the bottom front. Goats do not have teeth in the upper front.

Once they start to age, the teeth begin to fall off or even get scattered. Eventually, the teeth will show signs of corrosion with age and due to eating habits. And when they start losing teeth, they eventually become malnourished. The milk production also reduces, and they cannot fight off diseases easily at this stage.

Young, healthy goats will have tighter muscles in their bodies, especially around the neck and hip areas. Animals that are malnourished and are not fit will show signs. Arthritis is one primary problem goat’s face with age.

Age of Different Breeds of Goats

Goats have numerous breeds, and each breed’s lifespan is different. When choosing a species, it is essential to know which breeds live for how many years. Let’s find out.

Originated in the 1900s in South Africa, this breed got its name “Boer” from the Dutch word, which means farmer. It is most popular across the globe for its meat. Their goats have been bred selectively over the past century for meat.

They are very hardy and significantly less prone to diseases, hence are farmer’s favorite. The bucks tend to live anywhere between 8-12 years, and they usually live up to 12-20 years. They are very low maintenance and love to forage.

Another breed that originated in Africa near Cameron Valley. These goats are one of the best pets to have, as they are very adaptable, lovable, and friendly, and as a bonus, their milk is high in fat.

They are domesticated for both commercial purposes as well as a pet. They tend to live up to 10-15 years. However, they are prone to numerous diseases but can live longer if vaccinated on time and taken care of. Additionally, they are excellent mothers.

As the name suggests, this goat breed has originated in West Africa and is dwarf in size. They are mostly raised for dairy farms due to their sizable milk-producing capacity. Compared to other goat milk, this milk has 6-10% extra fat and proteins.

They are easily identifiable by their relatively smaller sizes, and they breed only 2-3 times in 2 years. Their expected lifespan is around 15 years. They are also perfect mothers and can take care of their babies well.

This breed originated in the 1850s in Britain. They are a typical crossbreed between British does an African or Indian buck and hence the name. They are not substantial milk producers but are eventually bred for their high-fat milk.

They, however, have delicious flesh and meat. They tend to be very noisy and therefore are domesticated in isolated farms. Their average life expectancy is 12 years. They are easily recognizable for their long floppy ears and a prominent Roman nose.

This interesting breed has a long originating history from Spain and is a crossbreed developed in the United States. There are typically two types- Gopher Ear and Elf Ear.

They are bred for extensive milk production throughout the year and can withstand harsh climatic conditions due to their ancestral genes. These are inquisitive yet friendly and cooperative animals. Not just milk, they are also considered as good meat sources. They have a relatively shorter lifespan of around 7-10 years.

Although originated in Switzerland, it was brought to the United States in the early 1900s, initially named Swiss Alpine. They are relatively smaller in size and are mostly domesticated as they feed on all the weeds, ferns, unnecessary grown grass, leaves, hay, and keep the area clean.

They produce the right quantity of milk every year, with butterfat being 3.5%-4%. Their life expectancy is 8-12 years if they are taken care of. They need a lot of medical assistance and a timely shot of tetanus vaccinations.

These beautiful and graceful animals are bred for milk. The milk has a low butterfat percentage and has a strong flavor. They, too, have a shorter lifespan like the Anglo-Nubian Goats and live not more than 8-12 years.

This goat breed also originated in western Switzerland, and during the early 1900s, Saanens were imported to the United States. They are very high milk producers with 3-4% milkfat and are considered one of the best in the world.

These goats are not very heavy and have a rugged structure. Structurally they are beautifully white and have upright ears. They have a relatively long lifespan of around 15 years or more.

This gorgeous-looking breed originated in Asia Minor, and later in the 1800s, it reached the United States. Their large horns and drooping ears can quickly identify them. These goats have been very popular for their Mohair, which is similar to wool but is much smoother.

However, they are not milk or meat producers. These animals are prevalent for their foraging habits, as they can eat anything high above standing on their hind legs. Under good care, Angora goats can live up to 10 years and a little more.

This breed has received its exciting name from the Maori word “Kiko,” which means meats. They originated from New Zealand in the 1970s by crossbreeding feral goats with high milk-producing goats.

They grow up very fast with very little medical help and are huge meat producers. They also produce a reasonable quantity of milk. They live for almost 8-12 years and are resistant to diseases.

If you are looking for the perfect breed of goats to add to your homestead, we suggest you look for a friendly and good milking goat. That way, you will both have a happy farm and also stay profitable.

One such breed is Boer; this breed lives longer than most other breeds and is also a relatively low maintenance animal. A favorable environment, good breeding habits, proper nutrition, and, most notably, the kind of breed determines goats’ lifespan.

Will Pet Ducks Fly Away? Everything You Should Know

The Complete Goat Feeding Guide: How to Feed Your Goat the Perfect Diet