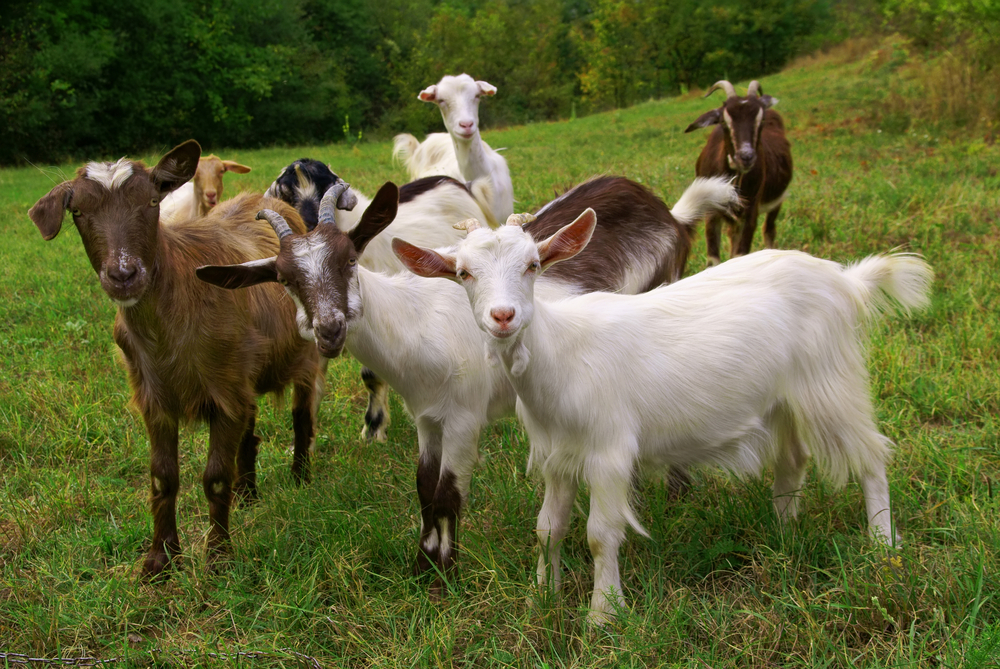 Whether you are raising goats for economic purposes or having your goat as your loyal companion, it is always fun to keep care of them.

Although you may find it devastating at the start, you will eventually become habitual of keeping care of these funny little ones. Goats are adorable, small, and weak herbivore animals with extensive teeth but not sharp paws or claws. Thus, they can’t save themselves from any of the unknown predator attacks.

On the other hand, the predator finds it very simple to attack goats as their prey. Thus, while raising goats, it is essential to take proper safety measures to avoid any kind of mishaps to your goats.

Common Goat Predators You Should Always Look Out For

Now how will you be able to determine which goat predators to watch for?

We have come up with the answers. Mentioned below are five goat predators that one should always look for. Some of them are even strong enough to hurt you, as well. Thus, proper safety measures before any predator attack become the need of the time.

Foxes are one of the largest flock predators. They not just hunt goats, but chickens, ducks, and pigs as well. Foxes are known for their cleverness and quickness.

Foxes belong to the Canidae family, the one dogs, wolves, and jackals belong to and are carnivorous animals. Being hardy, they are available all around the world. If your farm is near the forest, then be ready for the attack of foxes.

They live in forests, mountains, terrains, and even deserts, and thus there is a fear of fox attack when you own a poultry farm. The succulent and tender meat of goat is the reason why they are most attracted.

Especially with the litters of a goat. Foxes usually attack smaller flocks and kids of goats. So be extra careful when you have kid goats in your poultry.

As they dig a burrow in the ground as their home, it becomes relatively easy for them to sneak inside the farm or poultry and attack on flocks. They are even riskier than any other goat predator. Must use a concrete floor to avoid foxes eating for goats.

Goats are very silent and calm animals, and thus, they become a pretty easy target for all the predators. Fox being very quick, never leaves a chance to target your goats, especially the small ones.

Although sometimes, larger goats can fight back with the fox as well. Large goats are way bigger than foxes and can save themselves with a fox attack.

Also Read: 5 Black Goat Breeds That You Can Raise

Coyotes are a close relative of wolves with similar characteristics. Suppose you find them howling outside your house, hush towards your poultry. They attack goats and are known as one of the dangerous goat predators.

With powerful paws and strong jaws, they attack at the goats’ neck to kill them quickly. Also, they are one of the fastest spreading carnivorous animals, and you can now find them in the urban and suburban areas.

They mostly attack in the night, howling is the signal of their arrival, and it doesn’t take them much time to kill goats. Even if you are not sure that the attackers are Coyotes, a piece of advice takes some weapon like a gun with you to scare them off. Otherwise, they can injure their attack.

Coyotes can smell goats and attack them for their meat. They moreover attack the kid goats because of their inability to hit back. After killing the goat with an attack on their neck, they take the goat with them and then eat it all together.

Also, some large goats with horns can fight back with them as well.

One crucial thing about Coyotes is that they prefer to move in a herd all the time. It makes them stand firm and gives the ability to attack more prey in one go. Also, they usually prefer to go on the hunt at night because they have brilliant night visibility.

As they are cold hardy, places with snow or cold regions are more prone to the attacks of Coyotes. They have their howl signals to enjoy, alert, and greet each other.

Another Carnivorous goat predator on our list is Bobcat. It usually prefers to go on the hunt at night time most of the time. It is known that bobcats are a little hesitant of humans and don’t prefer to come in their path. Thus, they are the prime goat predators, but can sometimes be very dangerous for your flock.

Bobcats not only hunt for goats but flocks like chickens, ducks as well. Every day they cover from 2 to 7 miles per day.

If they find any poultry in their path, they prefer to try their luck. And most of the time, they hunt the poultry and kill the goat in there.

Although they are smaller in size than the goats, still because of their fast moves and quick responses, they can hunt goats easily. They have very sharp teeth and nails with which they attack the goat on their neck.

Being solitary animals, female bobcats take care of their young ones in the den while males go out on a hunt. You don’t need to pay attention to the bobcats in the daytime more as they prefer to hunt at night. But they can even search for food during day time if they are hungry.

Bobcats are known for their quickness and agility. Being cold-hardy in nature, you are more likely to find them in a cold place than a hotter one. They are known as one of the sharpest nocturnal predators and have a very efficient dark visibility.

Belonging to the cats’ families, Mountain Lions has similar features to that of panther, puma, and tiger. They are larger than Bobcats in size. They have very sharp paws and sharp teeth like lions strong enough to shatter meat in pieces within seconds.

Because of their large size, Mountain lions can quickly kill the goat in one go. They are enough to kill the goat very quickly. As their name suggests, mountain lions are found mostly in the hilly region and near the forest area. Also, cougar prefers to live in an area with low population density.

People living in hilly areas usually prefer to keep flocks with them for living, especially the goats. The mountainous goats generally have very lean and tender meat.

People also raise them for fiber production because of their fine hair. Also, as the mountainous goats have very fat skin to protect them from thick skin, various are suitable for leather production.

They are the second-largest cat in the world. Being very quick and agile, they can silently attack flocks and kill them. The most threatening fact about mountain lions is that it can finish all the goats in your poultry if they are hungry.

Mountain lions are more commonly known as a cougar. They are nocturnal carnivorous animals and prefer to hunt at night. Although, you can find them hunting day time sometimes.

They love to roam around, and if they get any poultry in the way, they don’t lose the chance to eat the succulent meat of goats and other flocks.

Bears have a pretty large build. They are one of the most dangerous Goat predators because of their sharp claws and durable jaws. Being omnivore in nature, they can rely on plants and herbs, but the smell of tender meat makes them lose their control.

Bears can be pretty dangerous, even for humans. Goats are pretty small and weak in front of them. Thus, a single bear can eat a whole herd of goats without a burp. And it will be difficult to save your goats from the bear attack.

The good thing about bears is that almost all the carnivorous bears live in the mountainous region. Thus, in plains, the threat of bear attack is negligible. Yet, you can be relieved with this fact. If you live near a forest area, your goats are still in the threat of a bear attack.

Bears directly attack the neck of their prey and slap it away from them. They can even eat everything out of your goat body apart from bones, rumen, and some parts of the skin.

Goats are known as one of the calmest and friendliest pets that you can have. Apart from various advantages like milk, meat, skin, and hair, goats are also known for their loyal nature.

Although goat raising is a fun activity, yet there are various threats to goats as well. Even if you provide them a very comfortable and safe environment, they are prone to the predator’s attack.

And the reason behind the attack being the tender, lean and succulent meat of goat. Also, goats are pretty small and weak. These omnivorous animals prefer to attack them without any hassle.

That’s why the safety of your goats is in your hand. Ensure safety measures around your poultry to avoid attack from Goat predators.