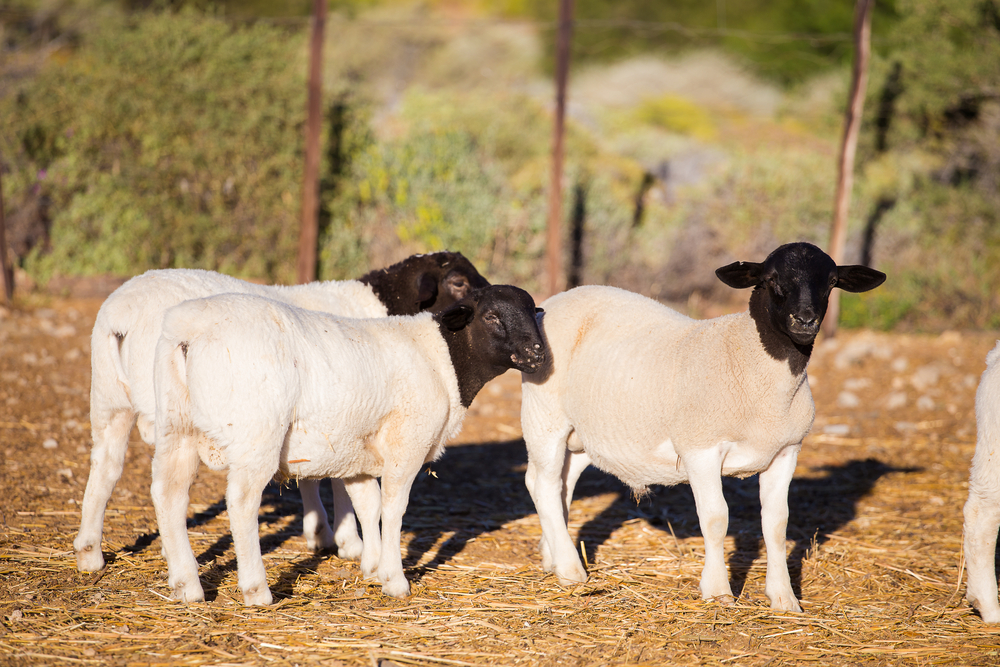 We all agree with the fact that sheep meat is the best-tasted meat for anyone. The tenderness and juiciness are something that stays on, only making us want more.

There are varieties of sheep breeds found in various parts of the world. Some are famous for its wool, and some are for both wool and meat. At the same time, some are raised for dairy purposes.

This list will give you information about the different breeds of sheep for meat. Every breed is different in terms of taste and texture.

We have listed a few of the best sheep breeds for meat, their positives, negatives, taste, and texture of meat. Give it a read to know more:

Merino’s origin was in Morocco, but later on, they were found in Spain’s high altitudes too. This breed is extremely popular in both Australia and the United States. There, its breed is known as United States Merinos and Australian Merinos, respectively.

Merino sheep are medium-sized animals. Carcass size of this breed is relatively smaller than other breeds of sheep. They are supposed to be either polled or horned.

Leicester longwool sheep are believed to be an English breed of sheep; they were supposed to be discovered by 18th-century breeding innovator Robert Bakewell. They are medium to large-sized animals.

Nowadays, they are considered one of the rarest breeds of sheep in Britain. They are almost on the verge of getting extinct.

They are categorized as “endangered” by Rare Breeds Survival Trust. This breed is one of the purest breeds that was introduced in Australia. Their average weight is 11-15 pounds.

Lincoln sheep is a breed that originated from England; Lincoln is the largest British sheep breed.

They are developed mainly to produce the most massive, longest, and most lustrous fleece in the world. Its wool is used in spinning, weaving, and other crafts.

They are involved in crossbreeding with other breeds to increase the productivity of wool and meat. They are large-sized animals weighing 91-113 kg.

The Dorset sheep breed originated in the United Kingdom, and it is a British sheep breed. They were discovered in the 17th century; Dorset sheep are highly economical as sometimes they can have two lambing seasons per year.

Among other British breeds, they can be bred throughout the winters. Its main attraction is its curled horns and pink nose; they produce a thick fleece of about 2.25 to 3 kg.

Due to its massive demand for meat, the Dorset sheep get exported to many countries as they are one of the purest British breeds.

Dorper sheep breed is a domestic sheep breed mainly originated from South Africa. They were developed by cross-breeding of Dorset Horn and the Blackhead Persian Sheep.

This breed was created mainly to get a good yield of meat and milk by the South African Department of Agriculture. The Dorper breed is very economical; it requires less input and is easy to manage as they are docile.

Dorper sheep are small to medium-sized animals with no horns, and the lambs can weigh about 36 kg during their 100 days of age.

Tsigai originates from Asia and is a Hungarian sheep breed; it came to Hungary in the 18th century. Tsigai is mostly bred for its tender meat, milk, and soft wool.

Tsigai are small-sized animals with an average weight of about. There are two different breeds of Tsigai one is native or old Tsigai, which is a dual-purpose breed used for its wool and milk, whereas the other one domestic Tsigai is used for the production of milk.

Tsigai only reproduces once a year during a specific time.

The Hampshire, also known as Hampshire down, is a breed of sheep that mainly originates from the United Kingdom.

This breed is developed from crossbreeding. Hampshire sheep are prevalent animals as they produce fine quality wool. Hampshire produces meat, which is fatty and lean in texture and very much succulent in taste; therefore, it is exported from rest parts of the world due to its fantastic flavor. The average weight of a Hampshire varies from 91 – 120 kg.

They are thick in appearance as their wool never stops growing.

The Suffolk sheep breed is a native of British species, and it is a domestic breed.

They originated in the 18th century due to the cross-breeding of Norfolk Horn ewes and Southdown rams.

They are polled, black-faced breed and mostly used for its good quality meat.

They are considered to be one of the high yielding sheep in terms of milking.

During the milking phase, a ewe can produce 300-600 liters of milk. They are exported and bred in large numbers due to their economic nature.

East Friesian sheep’s most attractive feature is their tail, and its tail is often described as “Rattail” because of its thin and free of wool appearance. They are polled as they do not have horns.

They are large-sized animals, and their fleece weighs around 4-5 kg. They are massive animals as they have a muscular appearance and are very fertile, while the grown-up ewes are very productive.

Corriedale sheep were developed in Australia and New Zealand by cross-breeding and culling Merino, and Lincoln sheep both these breeds are highly productive.

The main aim behind this crossbreeding was to make a breed that can adapt to climatic changes quickly, such as lower rainfall areas. Corriedale sheep produce good quality meat and wool. They are large-sized animals with an attractive appearance.

Corriedale is polled and has a black nose and hooves. The average weight of the Corriedale Sheep varies from 59 – 125 kg. In research, it was found that, on average, a mature ewe can produce 4.5-7.7 kg wool; that’s quite a big range.

It is believed that sheep meat has a variety of benefits. One such is that it keeps the body warm in high altitudes, and it has an ample amount of protein.

Moreover, it contains many vitamins and minerals such as iron, zinc, and vitamin B12 that are incredibly beneficial for humans.

9 Common Duck Predator to Look Out For